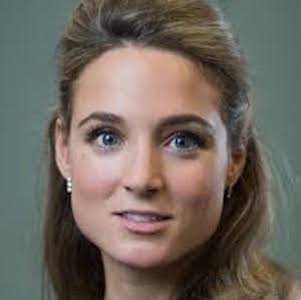 Joanna Hubbard is COO and Co-Founder of Electron, a London based start-up harnessing blockchain technologies to design more efficient, resilient and flexible systems for the energy sector.

What is the most exciting thing about Blockchain technology? How is it going to change the world?

If I look at this with my energy hat on, as opposed to looking at Blockchain more broadly, blockchain is exciting because it provides a coordinating architecture for a decentralising grid. In the past, you really only had two options in the energy market. Either you had vertical integration, which is great for coordination but entails huge monopoly structures as a nasty side effect, or you have a horizontal fragmentation of roles, which enables competition and innovation but usually at the expense of coordination. Blockchain presents the opportunity to combine these two options – bringing efficiency, innovation and co-ordination together. That way, everyone is speaking the same language, everyone has access to the market and you can still get the benefits of innovation and competitive effects.

What was it that first attracted you to work in this field?

When I was still working on digital transformation of energy at McKinsey I remember seeing a chart, which I saved in my phone. It was around the time that Ethereum was launched and it described how bitcoin was a way of exchanging value in a decentralised system whereas Ethereum would provide the next step – a way to settle contractual relationships in a decentralised network. I had a kind of ‘light bulb moment’ when I realised this was exactly what was needed in the energy sector and I started wondering whether anyone was doing anything about it.

What are the types of new innovations you are trying to build at Electron?

Electron was really born from that original idea. We are now 2.5 years old, which actually makes us quite established in blockchain startup terms! We have 22 people on the team, based in London, and we are starting to get a lot more international interest in our work, which is challenging as well as exciting.

We are building a system for decentralised energy that comprises two main platforms. One is a digital asset platform for keeping track of energy assets in digital form and the other – related – project is a trading platform which allows for the exchange of value. We are working as part of a consortium with EDF, National Grid, Shell and others to improve the working of the flexible energy market. In layman’s terms this means we can make it easier to match supply and demand. What blockchain provides is a quintessential co-ordination market that allows us to bring all the different players and assets into the system. This allows us to increase efficiencies, improve the use of renewable sources of energy and bring the whole functioning of the marketplace up to date with modern demands.

Can Blockchain technology live up to the hype and is there any real value being added to the energy markets right now?

There is a need to work out these new solutions in the energy market both from the bottom up and from the top down. Electron takes more of a top down approach but that doesn’t mean that bottom up projects don’t have their own value. I would just add a note of caution regarding the enthusiasm for micro grids, however. There has been a lot of well-intentioned interest in using micro grids and peer-to-peer, local electricity trading but I think it’s more likely we will see a shift to a market-based, price-driven approach. The energy sector is tending right now to focus on a single product – if you like – rather than on the overall service approach. That said, I do think that bottom-up approaches raise awareness and that creates greater demand for blockchain projects so ultimately everyone has a role to play.

Which use cases or types of blockchain projects do you think will be the early market leaders? Start ups or consortia/enterprise blockchains?

In my view, blockchain is a consortia technology. That doesn’t mean that start ups won’t be included in these consortia but there is a need for all the players to work together, including roles for enterprise, start ups and technology providers. If we had not consulted and built relationships with industry when we built Electron, for example, we might have gone straight into building the trading platform without thinking about the need for the digital asset platform – but the two are actually intertwined. I believe we need to work both with and within industries if we are going to transform industries. If you think of the analogy of how cars were mocked when they first replaced the horse and trap, people laughed at the sight of these vehicles bumping along on rough tracks that they were not designed for. Then we built roads. In blockchain, we still need to build the roads and the infrastructure before people can really see that future vision.

How does the introduction of blockchain fit into the wider trends and shifts going on in the energy sector?

It has almost become a cliché to talk about the four Ds of the energy transition – Decarbonisation, Decentralisation, Digitalisation and Democratisation – but these 4 factors are driving change. Blockchain is attractive not because of any one of these D aspects, such as decarbonisation, per se but because, due to using distributed or blockchain-based systems – all new assets are now engageable and the market can respond to price signals. Currently people are sitting on participating assets – what we are trying to do with blockchain is capture that value for a wider number of non-traditional players in the marketplace.

What is your predicted landscape for Blockchain in the energy sector in the near future?

Blockchain is a tool not just for co-ordination but also for co-operation. That is why a number of new consortia have been launched lately, which is moving things in the right direction. What we need now is a greater focus on governance – we need a common set of rules that we can work towards so that we can collaboratively build the ‘roads’ we need to run the systems of the future on.

We will see greater collaboration and a stronger focus on governance in the next 12-18 months, I think. The energy sector may even end up moving faster than banks and financial services. There is so much to be done to unpick silos and ancient technologies – things like still using faxes and DVDs. These are the things that are going to be unwound very quickly. In the meantime, we need a big industry and policy dialogue about what our common standards and rules of engagement should be.

Blockchain adds a new impetus to those discussions and can give an added sense of security by providing a way in which those rules could be enforced.

Rather than looking at the hype cycle as a way of judging adoption of blockchain or other distributed technologies, we might want to consider what Gartner calls a ‘pace layering’ approach and which is a methodology for identifiying the different levels at which a new technology will be adopted. We are moving on from peer-to-peer alone as one application into “peer-to-peer as a service”, and then into working on the infrastructure layer. Governance will be the next – and perhaps the most fundamental – step.

JoJo will be speaking for us at Energy Unblocked at techUK on 27 March.