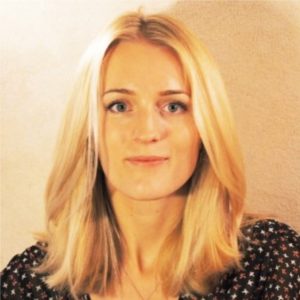 In this week’s Chain Reaction Imogen Bunyard of Qadre explains how blockchain-based solutions will fix problems that public services and the healthcare industry have struggled with for years.

Explaining blockchain is difficult. Not because the technology itself is complex, but you are trying to simultaneously communicate a knowledge of cryptography, distributed systems, how trust has evolved in society, how people started using blockchain, its current utility, and the most likely use-cases of the technology across a plethora of sectors and industries.

It is particularly difficult to prompt excitement when the technology in question is a rather simplistic database technology – the sort that would have solicited yawns in decades past.

If I’m trying to get a newcomer – or indeed myself! – excited, I look to the outcomes: what will this technology bring to society through every sector once we have bypassed taxonomies, regulation, and cultural acceptance. What this comes down to is trust in the digital world – the ability to interact online by exchanging value and information, without fear of misadventure. It has the power to change the way we engage with each other online, empowering people to have control over their identity and belongings in both the digital and physical worlds.

What was it that attracted you into helping business use and understand Blockchain?

When I first learnt about blockchain’s capabilities outside of bitcoin, I immediately saw the huge opportunities in healthcare. This sector is encumbered by crippling costs and inefficiencies, primarily due to the burden of managing huge amounts of identities and personal data in a secure and cost-effective manner. This expense represents a sizeable percentage of every country’s annual spend and directly dictates quality of life and population control – something which will impact our success as a species.

I could immediately see how blockchain could solve a number of problems in healthcare – cryptography could secure private information to enable its safe digital transfer and storage, and the distributed nature of the systems could enable people to take control of their own treatment. The autonomy and efficiency these systems bring can be replicated across multiple sectors – allowing us to improve pre-existing systems and create wholly new solutions.

Once you see where blockchain is best implemented, you start to see the patterns of where it can best add value – where there are multiple parties, trust issues, the requirement of audibility. It’s hugely applicable across a range of use-cases, but it’s important not to see it as a panacea – it’s not a silver bullet technology – but it will improve the way we operate online through overlapping solutions.

I know you work closely with public services and the healthcare industry. What are the types of new Blockchain-based innovations do you see being build in these fields?

The big key to improving public services is identity – proving who we are and what we’re allowed to do. The most evident example of this would be introducing a blockchain-enabled national identity card (similar to that already being used in Estonia) which would allow us to operate all our public sector communications online. Voting has also been deemed a good use-case to replace the ludicrously archaic system we have today, allowing us to vote from the comfort of our own homes – the cryptography enabling a voter to prove where they were, that they were able to vote, and they did not do so twice.

In healthcare, there are a number of perfectly suited use-cases: preventing counterfeiting in pharmaceutical supply chains (an illegal industry that kills one million people per year); enabling the digitisation and cryptographic securing of personal healthcare records; and eliminating the excessive expenses in clinical trials, as caused by assuring the provenance of personal data.

You recently launched your new business Qadre – can you tell us a bit about the company and your future plans?

Qadre (pronounced car-dre) is using blockchain to bring trust to the digital world. Many industries have been educating themselves on blockchain over the past few years and have finally concluded they now want to do something tangible with the technology. However, there is an extant dearth in architects to design, developers to implement, and product experts to shape credible and safe solutions. Qadre fills this gap by combining sectoral and technical expertise, to create off-the-shelf products that are fully tailored to the industry, whilst maintaining the security, efficiencies, and trust that blockchain brings.

How can Blockchain projects take off when there are still so few developers or business leaders who are expert in this field?

Unfortunately, until the demand for blockchain developers diminishes, this will be a problem for the industry. Normally, technologists split themselves between passion projects, commercial contracts, or academic study and contributions – developing, testing, and experimenting with a new technology. Because the banks put such a high demand on blockchain developers, offering six-figure salaries for newly-graduated “experts”, this led the entire blockchain community to take on corporate roles or retreat to their own (invariably cryptocurrency focused) vanity projects – thereby greatly reducing the amount of education and experimentation within blockchain. What we call the “curse of the hype”. However, in the sheer mass of enthusiasts, we are starting to see some real progress – although there are a great deal of frogs to comb through!

What are the 3 key things you think companies should do if they are thinking about embarking on a Blockchain project?

Firstly, don’t get wrapped up in the hype and consider if you actually need blockchain. Many use-cases that have been selected would be much better solved by a cloud database that is already in common use and much cheaper to implement than blockchain.

Secondly, make sure you get the correct team – and that you can afford to do so! Blockchain technologists are in high demand and come with a price-tag (even the bad ones), so ensure you’ve got the correct budget and team to take the project past PoC stage.

Thirdly, is the board onboard? Most projects get held up by the senior uncertainty over whether it’s a good investment. As we say, the technology is never the problem, it’s always the culture.

The staggering growth of Initial Coin Offerings (ICOs) has been hitting the headlines in the last few weeks. Recently William Mougayar even predicted we would see more than 1000 Initial Coin Offerings by the end of 2017. Do you see this injection of funding and media attention as good or bad for the industry?

Personally, I’m very worried. Much of the ICO action is questionable from both a regulatory and moral stance, if not downright illegal. The public still struggle to separate cryptocurrency from blockchain and thus when the ICO bubble inevitably bursts, blockchain will be the one taking the PR hit, while the cryptocurrency teams will disappear off to rally behind the Ponzi scheme of their choice.

What is your predicted landscape for Blockchain in 5 years time? How will things look for the start-ups of today as well as for the incumbents who may be challenged by this new wave of innovation?

I would imagine there will be a few large organisations in the trade, energy, and manufacturing sectors who have successfully created sector-specific internal products and solutions, despite a few public PR mishaps due to implementation issues. I’d hope the public services would be testing and approving use-cases by this point, but I doubt many complex solutions would have been rolled out in the financial sector, due to regulatory constraints.

Equally, I would expect to see some new names dominating the SaaS world – those who outstripped their competitors through a more comprehensive understanding of the technology and its increased utility when combined with other technologies. Look out for Qadre amongst them!

You can find Imogen on Twitter or at Qadre.

Imogen Bunyard will also be speaking at our upcoming event Healthcare: Unblocked on 13 October in London.