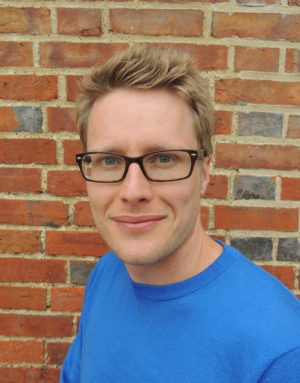 Marcus O’Dair is a Senior Lecturer at Middlesex University in London and convenor of its Blockchain for Creative Industries cluster.

What was it that first got you interested in exploring blockchain technology – was it sparked by your musical career, academic interest or a combination of the two?

I hadn’t paid much attention to bitcoin, to be honest, but in 2015 I began to understand that blockchain technology could be applied much more broadly. I became interested in the possible impact on business models in the creative industries, particularly music. So I suppose that initial interest was sparked by my background in music but I also realised that it would make an interesting area of academic research.

As a lecturer in popular music, what kinds of questions do your students ask about blockchain and do you see an increase in knowledge and interest in the technology among young people?

A lot of my teaching has nothing to do with blockchain technology, but I do talk about it on some modules. We’ve also run a couple of projects in which we’ve done things like show students how to register their songs on Ascribe. I’ve definitely noticed an increase in interest. When I was first doing workshops on blockchain technology, I spent most of my time explaining what it was (and wasn’t). Now, I have students who have interviewed representatives of some of the most prominent music blockchain start-ups, and have quite an advanced understanding of the space. The main questions are: what does this mean for me as a musician? Does this mark the end of record labels and/or collection societies? And, finally, when is blockchain going to go mainstream?

If you were starting out in your musical career now, would you put your music on the blockchain and, if so, can you explain how that process would work?

Honestly, for artists, I think it’s too early for the really transformative use cases, as I’d still want to go the traditional route of signing to a label and a publisher. If you look at what Blokur are doing with music publishing data, or what Jaak are doing with licensing, it’s bigger than individual artists. That said, Imogen Heap did the Tiny Human proof-of-concept back in 2015, and a singer-songwriter called Tatiana Moroz has had her own coin for quite a while. Artists including Bjork (with Blockpool), Gramatik (with Singular DTV) and RAC (with Ujo Music) are also now active in this space. The momentum is definitely picking up, even at the artist level.

What types of blockchain research projects are you involved in outside of teaching commitments?

I’m convenor of the Blockchain for Creative Industries cluster at Middlesex, and we published a report last year called Music on the Blockchain. I’m currently researcher in residence at Digital Catapult, carrying out research on the impact of blockchain technology on business models in the creative industries.

In what ways do blockchain and related technologies like smart contracts have the capacity to transform the creative industries more broadly?

I think they could be transformative, but different start-ups are deploying the technology in different ways. For some, this is about complete disintermediation and a new, direct relationship between artist and fan. For others, it’s about working with incumbents, rather than cutting them out, for instance to work towards a comprehensive, universal music copyright database. Then you’ve got licensing on top, via so-called smart contracts. A whole other aspect is the potential to raise finance through token sales (a form of crowdfunding which raises money by selling digital tokens issued on a blockchain) but, although there are some really interesting token economy applications, it also seems to me that many ventures funded via token sale will disappear when the current investment bubble pops. Finally, several start-ups are looking at this for ticketing.

Are there specific real-world implementations of blockchain in creative industries happening now that are disrupting the way the industry works?

I think the first real-world implementation of the technology in the creative industries was Ascribe, who were mainly geared towards images although they could deal with all kinds of cultural goods. They still exist, although they have pivoted towards BigchainDB and other exciting projects like Ocean. There was also Tiny Human, Imogen Heap’s Blockchain music proof-of-concept, with Ujo (although Phil Barry, who was at Ujo at the time, is now doing his own thing with Blokur). The film BRAID raised $1.7 million and was the first major feature film to be funded through a token sale (a form of crowdfunding using digital tokens issued on a blockchain). Provenance are also doing work on supply chain transparency in fashion. There’s some interesting work on gaming too. The ticketing space is also vibrant: Aventus, for instance, just raised $20 million or so via a token sale and it will be very interesting to see how that develops.

Intellectual property protection is a key challenge for content creators – be they musicians, filmmakers, or journalists and writers – does blockchain technology have a role to play in supporting the creators of music?

Quite possibly. There is still the ‘garbage in, garbage out’ issue of how to ensure the quality of data, but the idea of a secure link between a creative work and its associated metadata is a powerful one in the digital era, in which attribution is so easily lost. The extent to which this benefits creators varies to some extent between organisations, but Mycelia, the project spearheaded by Imogen Heap, is probably the most artist-centred approach out there.

There is both growing interest in blockchain for music but also perhaps growing scepticism about real-world implementation – where do you see progress is likely to happen in applying blockchain over the next 5 years?

In terms of what we know about, I think it’s most likely the ‘long tail’ cases – creators selling directly to fans without the involvement of any intermediaries. As I say, I don’t think these are the most interesting use cases. I think we can assume that there are pilots going on at incumbents too, but they are hidden behind NDAs – and I’m not sure how much we’ll see changing, at least from a consumer perspective, in the next five years. But who knows?

You can follow Marcus on Twitter or find out more about his work at his website. And we look forward to hearing more about his research at our Creatives Unblocked event, coming up in 2018.