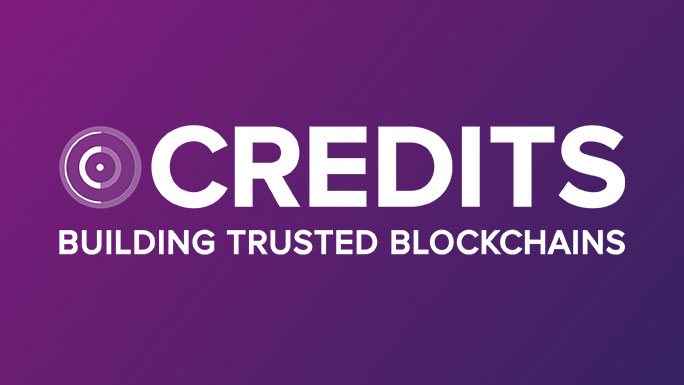 Nick Williamson is the CEO & Founder of Credits, a Blockchain infrastructure provider building secure and scalable blockchains that will transform the way the world interacts. Unblocked caught up with Nick recently for the very first in our series of Blockchain profile interviews with leading innovators and educators in the field:

Newcomers to Blockchain need to tune out all the distracting noise and hype. The key innovative aspect of Blockchain technology is that it gives the ability to insert accountability into software, which ultimately builds trust: The Economist called Blockchain ‘The Trust Machine’ for a good reason.

My interest in Blockchain started in mid-2010 when no-one really talked about Blockchain but many developers were getting interested in the bitcoin software and what it could do. From playing around with the code and gradually learning a lot more, I began to understand the broader implications and impact. Although initially I understood this revolution to be about cryptocurrency and disrupting financial services, I came to be excited about the technology’s ability to inject trust not only into payments but also into other types of services.

My company, Credits, is about building general purpose Blockchain infrastructure. However, we are also focusing on key areas and use cases where we can see potential value-added such as, for example, personal healthcare records and reducing the threat of counterfeit medicines in the pharmaceutical supply chain.

In terms of personal healthcare records, Blockchain can help secure the integrity and ownership of that data as well as improving access to the data across the healthcare system in a more efficient way, including permitted access by authorised medical services providers.

In the case of the pharmaceutical supply chain – which is long and complex – Blockchain solutions can help shine a light on all the elements of the supply chain adding greater accountability in order to identify and weed out bad actors. We do this through the use of so-called crypto-IDs. These solutions are still at the R&D stage but we anticipate that they will significantly reduce the incentives to counterfeiting medicines and make the crime much more difficult to commit without being detected.

There is both over-hype and over-pessimism when it comes to Blockchain’s future. These two hysterical minorities exist at either ends of a scale in which the vast majority are more pragmatic. The reality is that Blockchain will be useful but it’s also not going to cure cancer.

There is currently a supply problem when it comes to developers and to talent more broadly. Ultimately this may mean that we end up with a Blockchain infrastucture platform on the bottom layer which requires specialist knowledge but which interoperates successfully with other layers for which you don’t need special expertise. As a comparison, most people don’t need to know how to program a web server to develop services on the internet, as long as they can find someone to build a website using http. Blockchain technology may end up being, in some respects, equivalent to the idea of a powerful web server infrastructure with more user-friendly layers stacked on top of it.

Actually, it may seem counterintuitive to some, but not embarking on a Blockchain strategy is a bigger risk than doing so. New technologies tend to be either sustaining or disruptive. Blockchain technology may encompass both of these aspects but either way the old guard will have to adapt to keep pace with the change. While it’s hard to tell where exactly Blockchain will go, now is the time to start to figure out your strategy. The biggest risk would be in doing nothing to anticipate this change.

We can’t really predict exactly where this technology will be useful yet but, much like other technological developments, its outcomes may come to look obvious in retrospect. The good aspect of Blockchain hype is that it drives both investment and awareness. Perhaps 80% of the investment of time and money will be worthless but the other 20% will end up paying off and that is where the real innovations will be born.

The insurance industry and the UK public sector are taking the lead in the field right now, outside of financial services, and it will be interesting to see what comes out of the B3i insurance consortium as well as concrete efforts by the UK’s Department for Work and Pensions. The prospects for increasing transparency and accountability suggest that governments can’t afford not to sit up and take notice of Blockchain.

Previous Down the Rabbit Hole – Resources for Beginners
Next Events, dear boy, events