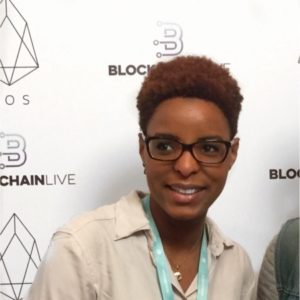 Hi Giselle – What first got you interested in blockchain technology?

I first heard about blockchain in around 2010/2011 via online publications like The Register and Reddit threads on mining as well as just being part of the developer community in general. I got interested but I was also sceptical about whether governments would ban it. Around this time the only use case was decentralised cash. By 2012 onwards, more and more friends were discussing cryptocurrencies and likening it to gold during the European debt crisis and stock market turbulence in China. We (the nerds) saw bitcoin strengthen during these times. People were getting more interested in mining it and/or using it to circumvent foreign exchange currency restrictions. Then Mt. Gox crashed in 2013, which raised public awareness of bitcoin and blockchain enormously. My interest was piqued around 2015 when R3 (a consortium of financial institutions working on Distributed Ledger Technology) was formed. It was then that I started looking more deeply into the workings of blockchain technology. At this point I was still working in finance and I got really excited about the blockchain and its potential to help the diaspora from developing countries send remittances home and equally excited about its potential to change the way large banks worked. I began reading up obsessively and I guess that was when the seeds of what I am doing now were sown.

What are the unique properties of blockchain technology which you think will enable greater financial inclusion?

The biggest aspect for me, as the Founder of Zingr, is cheaper remittances and making it easier for people to send money back home. As someone who comes from the Caribbean community, I was regularly sending money home to my siblings via Western Union every month and was staggered by the extortionate cost. I saw how a digital wallet based on a blockchain could solve the problem. I knew that such wallets existed but none were set up to work on the islands. That was how the idea for Zingr came about.

In addition to remittances, blockchain can provide faster clearance and settlements for cross-border payments which is essential for small businesses in places like the Caribbean where we have illiquid currencies and lots of correspondent banking. If you receive a USD cheque (and, yes, people still use cheques!), it can take up to 4-6 weeks to clear, due to old-fashioned banking legacy systems in both the Caribbean islands and the USA. This creates huge cash flow problems for small businesses so there is a huge opportunity for blockchain to speed up and smooth out these very common processes.

The other key piece of the puzzle is identity. Blockchain technology could help prove identity for those who lack access to traditional identity documents. This may range from refugees to the unbanked or those displaced by extreme weather events who lose their documents. In 2017 in the Caribbean, Hurricanes Irma and Maria devastated some islands requiring smaller ones to be evacuated. Many people – including Governments themselves – lost everything including all their paper records. Imagine how a digital wallet coupled with a digital ID might be able to help the displaced gain access to vital government assistance and/or humanitarian services and those people would not necessarily need to fly home to be physically present to receive aid. Charities would also be more accountable for the distribution of aid resources and could regularly update donors on their progress in helping those in need.

What is Zingr and how did the idea come about?

Zingr is a digital wallet enabling peer-to-peer payments without high commission charges. My primary inspiration was the high costs of sending money home – whether I tried to do it via Western Union or wire transfer the costs were just too high and in the case of international bank transfers, still take a long time to reach the local account which will then be charged to receive the money. It should take about 15 minutes to sign up for the Zingr wallet and that includes Digital KYC; a local bank account would take a few days, not including all the trips back and forth to the branch and sorting out the relevant paperwork. Our plan is to make local payments affordable, facilitate cheaper remittances, faster clearing and settlement and also offer some budgeting and money management tools that allows users to see a visual representation of how their spending breaks down and maybe even compare their spending against what someone else in their age and income bracket is spending.

What stage is the company at in terms of its development?

We currently have a prototype wallet but it is not yet live. We are now getting funding to build out our Minimum Viable Product (MVP). For the past year, I have bootstrapped the company myself. I do sometimes wonder if there will be barriers to getting funding due to being a female founder in the tech sector but I intend to break down those barriers.

What was your background before you got involved in blockchain?

I’ve always been interested in technology ever since I was a teenager. My ultimate goal was to work at Microsoft! After studying Software Engineering at City University, I joined a graduate scheme at an Investment Bank in Canary Wharf and stayed there for 7 years in different roles, starting as a software developer. I gradually got more interested in understanding how business works and using my foundation as a developer to design and deliver solutions. I spent some time doing Business Analysis and Project Management as well as some time doing some consulting with banks. After 9 months as a founder, it is interesting to see how much I have grown and changed and how I have put those varied experiences to use.

Do you see other areas, outside of financial inclusion, where you think blockchain is becoming a force for social good?

There are quite a few areas where blockchain is indeed becoming a force for social good and one or two I know of which are already up and running. The key ones that spring to mind are Symmitree and also Alice’s work with St Mungo’s. Symmitree is providing a solution for refugees entering a host country by offering them a smart phone and a digital ID which can be loaded with government credits to help the person get settled in their new environment. This is a great idea and a good concept so I hope it succeeds in getting off the ground.

Alice is another blockchain-based platform located in London which is bringing transparency to philanthropy by collecting and holding charitable donations and – via the use of smart contracts – only releasing them only after an organisation shares information demonstrating specific results. Its first project is with the homelessness charity St Mungo’s.

Did you find it hard to get funding for your business and, if so, do you think the token sale phenomenon can be good for democratising investment, particularly for women?

Yes, I think there is potential for a democratisation of investment via issuing tokens but for now most of the people buying these tokens may well still fit the same type of demographic profile of the traditional investor. I imagine they are more males than females, particularly since women tend to be more risk-averse as investors. But being able to do a token generation event does broaden your reach and give access to a much larger global marketplace so eventually this may level the playing field. I think more female venture capitalists are entering the space and this is also to be welcomed.

What are the next steps for you and Zingr – what should we be looking out for in 2018?

The plan is to get our MVP up and running in 2018 and we are looking to go into Beta Testing before the end of the year. We also need to build our team, which is hard. We really want to get the right people who are both knowledgeable and passionate about the specific problems we are trying to solve. This is the top priority because the team will make the product happen and I strongly believe this is a product that will bring enormous benefit to many people.

Previous Taking Blockchain to the Next Generation? With hashgraph’s Mance Harmon
Next Blockchaining the NHS? Interview with Stewart Southey

What is an airdrop? Morten Christensen, Airdrop Alert CEO, spills the beans