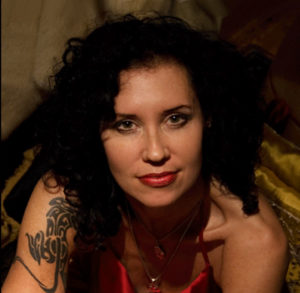 Juliet Annerino spoke with us about her mission to fight back against the scandal of workplace harassment in Hollywood – and beyond – using blockchain. In addition to founding Reputation Check, Juliet is a professional member of the Government Blockchain Association and a founding member of Tech Ladies.

How did you first hear about blockchain?

I love you for asking this question because what happens when you get into a niche industry like ours is that we tend to forget that 99% of the rest of the population have not even heard the B word! I first heard about bitcoin from some libertarian friends back in 2009. At the time I really didn’t trust the idea of a cryptocurrency, but after looking into it, I decided to buy one or two. Then Mt Gox happened and, like many people, I got burnt. But in cryptocurrencies, things change so fast. Crypto years are like dog years, where 3 months are really like 3 years of activity. So a while later a friend told me the bitcoin price was rising again. I checked my wallet and was pleasantly surprised and became interested in looking in more depth at the whole thing properly again. When I started reading about Ethereum and smart contracts, it was a bit like that scene in The Grinch who Stole Christmas where his heart grows two sizes bigger. I felt like my brain had to grow two sizes bigger! So I got into Ethereum as well and bought some ether. I kept bothering my friends about these topics but they weren’t too receptive. Eventually one friend told me about an advertising agency she worked for that was promoting blockchain projects and events and I started working with them, creating and editing copy.

How hard is it to be a woman working in a male-dominated sector like tech?

I have not had any real trouble yet. I think I must be a bit like Teflon – weird comments just bounce off me and I have become a bit immune to them. However, I did have a really nasty formative experience where I was harrassed by a police officer in college. I was reminded of this experience by the recent Hollywood scandals and it is one of the reasons I was so keen to start Reputation Check, so that others don’t have to go through the same frustration, humiliation and exhaustion I experienced from dealing with the situation at that time.

Talking of male-dominated sectors, can you explain what Reputation Check is and how you think it will help to clean up Hollywood?

The vision for Reputation Check is to benefit society as a whole, worldwide, though Hollywood is a good place to start! What we are creating is a system of anonymous reporting to benefit those who might otherwise be voiceless. Victims of sexual misconduct who are too afraid to be the first to speak out against a sexual predator will finally be empowered through a secure system that guarantees anonymity, in a safe space. Our system will benefit studios, organizations and unions in Hollywood, expanding worldwide to include academia, government, the military, hospitality, agricultural industry and all other major industries.

What attracted you to start building your own blockchain project?

As a result of my work I’m involved with a lot of different blockchain technology projects and get insight into how it all works. I realised this was something I wanted to do but it’s not the typical blockchain project and we most likely won’t do an Initial Coin Offering (ICO). I have met some great people through my networks including through Linked In contacts, and have advisors from both inside and outside of the blockchain space. Rather than issuing tokens for my project, I decided to go with offering subscriptions. Since Reputation Check is intended to be inclusive we don’t want to put anyone off or create unnecessary barriers to entry.

Can users of the site be guaranteed anonymity?

What you tend to find with sexual harassment and misconduct is an avalanche effect. By the time a person feels safe enough to report something, things have usually gone on for some time. People are put off going public with their concerns for fear of being blackballed, considered ‘difficult’ to work with and damaging their own reputation by speaking out. What we felt was that a lot of this bad and unacceptable behaviour could be stopped if HR departments could be alerted at a much earlier stage. The use of ‘zero knowledge proofs’ cryptography will change the situation for whistle-blowers since it will finally be able to make a report that is truly anonymous and not linked back to them.

How do you prevent people from gaming the system or using the site in a malicious way?

There are a number of steps we use to avoid people abusing the system. The reporting itself is completely anonymous but we do ask users to go through a verification process – for example, by providing details of their union membership – so we can make sure we know who they are in case of any misuse of the system. We also use drop down reports, which are structured and formatted to be extensively detailed and require very specific, sensory-based data. Studies show that a more detailed and sensory-data based report provides a higher level of truthfulness & accuracy. There may also be a time limit on how long a member is allowed to complete a report to encourage spontaneous and truthful responses. Lastly, we charge a small, nominal fee for use of the system, again this is designed to discourage any frivolous reporting.

Can companies use the site as well as individuals?

Companies can become subscribers to the platform but there is currently not a facility to check on the reputation of companies – though that is also a great idea. Company subscribers can use their membership of the project as a badge of honour to show they care about protecting their employees and to “keep them honest” as it were. The reputation reports are anonymously submitted by individuals relating to other individuals, rather than about a company as an entity. What organisations can do is to prove their support of ethical workplace standards of behaviour by joining us as one of our partner organizations.

I am currently preparing a pitch deck for a presentation at the Global Blockchain conference in Denver in April. I am also meeting with developers to help create the test net and I am looking for seed funding to build the project out. What drives me is the thought that through technology now available to us, the innocent need not suffer for the powerful to be brought to justice.

To find out more:

Building the browser of a new decentralised economy – Micah Winkelspecht, Founder of Gem