“Blockchain technology represents an infrastructural change that will transform how some very large organisations work” – An interview with Micah Winkelspecht, Gem 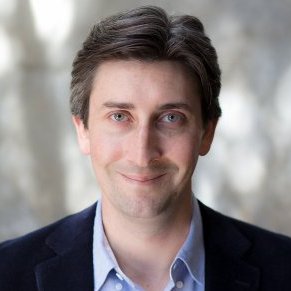 Today we are talking about healthcare transformation, data and regulation with Micah Winkelspecht, CEO & Founder of Gem, ahead of a presentation later today which is being hosted by the Chamber of Digital Commerce in conjunction with the Congressional Blockchain Caucus:

Hi Micah – Welcome to Chain Reaction. So, blockchain technology is perhaps not the easiest thing to explain to newcomers. As a regular public speaker, how do you go about explaining it to a non-technical audience and which types of arguments and examples do you find to be the most effective?

I try to focus not so much on how blockchains work but more on what they can accomplish, which is a shared version of truth among multiple parties who need to communicate. Another way of looking at blockchain is as a public utility with shared communications which allows various parties to stay on the same page of a process. In essence, it is a kind of shared database which can, of course, be used for financial transactions but which can also be used for other interesting outcomes like sharing healthcare information or improving supply chain management.

What are the types of new innovations you are trying to build at Gem?

The core of our platform is about building data exchange networks. The basis of our system is to leverage the blockchain to that end – a bit like an index or a library catalogue. It’s important to note that we don’t store any sensitive personal information, like healthcare data, on the blockchain itself but instead we create a system to be able to reference and find out where that information is stored.

How are the healthcare applications you are building a step change on what went before – for example in dealing with healthcare information or preventing counterfeiting of medicines?

The pharmaceutical supply chain is under huge pressure to solve the problem of track and trace and there are clearly early stage opportunities in this area. In healthcare data, the patient would be the data subject but the data journey could also follow other things like, for example, a car part or a medicine to make sure of its provenance and check that it has not been tampered with on it way through the supply chain. The amount of data being created, and our ability to use it in new ways, is opening up a host of new business models not just in healthcare but also, for example, in the automotive sector with options such as usage-based car insurance driven by telematics. By focusing on the types of problems our blockchain platform can solve, rather than on serving particular industries, we are starting to build some exciting new partnerships.

Many people are sceptical about the likelihood of patient medical data on the blockchain. As a heavily-regulated sector, do you think the healthcare industry and/or government are ready to embrace this level of technological change?

The current trend in regulation is driven by the demand for individuals to have increased control over their own data – whether that is HIPAA (the Health Insurance Portability and Accountability Act) in the United States or the General Data Protection Regulation (GDPR) in Europe. Blockchains actually fit in very well with the trend for individuals to have more control over their own information. In fact, it is hard to imagine how you could solve the challenge without Blockchain technology. The rapidly changing regulatory environment means I think it is important not to sit around and worry about what might happen with regulation. As a company, Gem complies and we figure out ways to succeed with the regulations as they currently exist. But we do also try to influence regulation by, for example, speaking to Congress, which we are doing today. I believe regulators are actually asking for help in looking for information and guidance on new technologies so the bigger risk would be not to engage with that process.

How can blockchain projects take off when there are so few developers who are expert in this field?

I’m a developer by trade and I got started because I was one of the first 3000 Ruby developers. At the time no one had really heard of Ruby but then it grew exponentially and many more people started wanting to code with it. I think the same will happen with people wanting to become blockchain developers. When projects go into production and major acquisitions happen – like the recent announcement about Spotify acquiring the blockchain start-up Mediachain – it changes perceptions. Many young people – who are ultimately the developers of the future – don’t yet really comprehend the immensity of the technological and business shift going on but that will change in the near future.

What are the key things companies should do to prepare if they are thinking about embarking on a blockchain project?

Some companies will, and indeed do, take a very pro-active approach by hiring in-house developers, setting up Innovation Labs and so on. That can certainly work in terms of doing a lot of early prototyping. However, blockchain is a very involved piece of software and remains a software stack that is still very much in flux, so it helps to have an experienced partner or partners who can also help companies manage that process. Despite doing a lot of their own groundwork, companies still come to us to help them operationalise and scale their ideas. It is one thing to create a Proof of Concept (POC) and another to put it into action at scale. Now is certainly the time to dive in, if you want your company to get ahead of the game. Doing actionable work drives return on investment. By the end of this year, I think we will begin to see some more concrete outcomes coming to the market and even more so in 2018.

What is your predicted landscape for blockchain in 5 years time? How will things look for the start ups of today as well as for the incumbents who may be challenged by this new wave of innovation?

What we are talking about with this technology represents an infrastructural change that will transform how some very large organisations do business. It takes quite a while to test new systems, enter data and run through problems before you can go live. When a few big names do go live with production-ready applications, particuarly as this accelerates into 2018, people will see that this change is very real and this will become a huge turning point. It is in some ways a scary pace of change but also an immensely exciting time for blockchain companies.

Micah will be speaking about ‘Transforming the U.S. Healthcare System with Blockchain Technology’ in Washington DC today at 11.30am (EST) hosted by the Chamber of Digital Commerce in conjunction with the Congressional Blockchain Caucus.

You can find out more about Micah’s work on Twitter or at Gem.

Previous People really just want to know “what can Blockchain do for me?” – An interview with Meltem Demirors
Next “Up to 30% of humanitarian funding is lost to fraud and corruption. Blockchain makes that philanthropy funding chain more efficient and transparent, achieving greater social impact” – An interview with Ben Joakim, Disberse