“Up to 30% of humanitarian funding is lost to fraud and corruption. Blockchain makes that philanthropy funding chain more efficient and transparent, achieving greater social impact” – An interview with Ben Joakim, Disberse 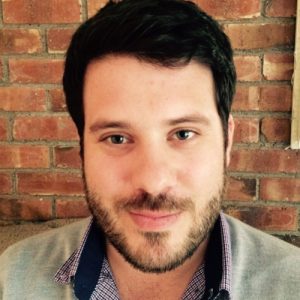 “Hi Ben – Welcome to Chain Reaction’s interview series. So, most people would not necessarily associate Blockchain with philanthropy but rather with banking or financial firms. How did the idea of Disberse using Blockchain for charitable purposes come about?

My background is in international development, overlapping with social enterprise and the third sector. I’ve run trusts and foundations here in the UK raising funds and distributing them to local partners, and I also worked for SNV – a large Dutch International NGO (INGO) working across 40 countries – managing multi million dollar projects. I became aware of recurring transactional inefficiencies facing the sector. Apart from cross-border fees and delays in payment, you have major currency fluctuations like the drop in sterling post-Brexit, which wiped out up to 15% of a projects’ GBP budget overnight. Government departments like DfID send funds overseas, often using charities as a third party link to local charities and NGOs in the field. This leads to a long and opaque funding chain. The UN estimates that up to 30% of international official development assistance is lost to fraud and corruption. Disberse is using Blockchain to make that transaction chain more efficient and transparent, ensuring that more funds are available for their intended purpose.

Charity boards have a responsibility to be very careful about how the public’s funds are used – should they be wary of the risks of getting involved in a technology that is still so new and relatively untested?

There is a need for upfront education to enable charity boards and senior management to understand this technology – what the blockchain is, and how the technology can be used as an enabling tool without exposing charities to some of the negative perceptions sometimes attributed bitcoin. In the past bitcoin has been associated in the media with the dark web and just this past week with stories about ransomware in the UK NHS. This is not necessarily a fair perception since bitcoin is not the source of the attacks but rather a tool used by hackers to carry out an attack. Disberse, however, is built on a private blockchain, and we issue our own tokens, which are backed by fiat funds. Since we recognise that bitcoin has both volatility and liquidity issues, which might adversely affect charities, we have built a system which can send any type of currency – including dollars and sterling. While we have created a new mechanism and process, it’s really a way of sending money that is not so different from the systems people already know, with the added benefit of transparency.

How might Blockchain help charities deal with the issue of managing data – could this be a solution to the upcoming implementation of General Data Protection Regulations (GDPR), for example?

Charities have access to a huge amount of data – without wanting to tempt fate, it’s a hack waiting to happen. The recent NHS ransomware experience shows publicly held data is not necessarily all that safe. Blockchain provides a mechanism for non-financial use cases such as improvement of data management which charities should be taking seriously, particularly given the recent experience of charities being issued with large fines for data breaches. That said, Blockchain is not the sole solution. It is part of a wider solution that can interoperate with other technology and software, proving an embedded layer of accountability.

What types of charities are you currently working with?

We work with a number of UK-based charities, NGOs and INGOs as well as fund managers who act as intermediaries. We are also just finalising our partnership with the Start Network who manage a $100 million humanitarian response fund on behalf of their members – 40 of the worlds’ leading agencies. Our role is to follow the flow of funds, making it more effective. The UK is an interesting place to be based because of the UK government’s target of spending 0.7% of Gross National Income on overseas development aid each year, which opens up a number of opportunities.

Does Disberse pose a threat to charity fundraisers or do you think they still have a role to play?

I don’t believe that Disberse or other Blockchain-based enterprises will disintermediate fundraisers just yet. There are still many requirements and roles to play in philanthropy – from submitting grant applications, coordinating campaigns, organising fundraising events and activities, for example, which won’t be touched by what we do. What might happen is that actors further down the giving chain may eventually be disintermediated. The other area likely to be affected is charity accounting and compliance – this should end up being a cost saving for charities because using Blockchain-based services will take care of a lot of the administrative and regulatory requirements automatically. I don’t think this will kill jobs but it will allow a reshifting of energies and focus into other areas – hopefully putting more resources into the fundraising and delivery efforts, as opposed to administration and paperwork.

Can you tell us who else you think is leading in the field of technology and philanthropy and where you see this sector going in the future?

I am interested in what Give Directly are doing, which has some parallels with our work, in that they also aim to use technology to cut out the middleman in the funding chain, ensuring a large proportion of funds reach beneficiaries. We share the same common objective to maximise the value of charitable donations. Start Network, who we partner with, are also an impressive organisation in the philanthropy field. Ultimately, the goal for the future for all parties is redefining what accountability looks like for both beneficiaries as well as for donors. We are trying to provide this financial information as standard and in real time, creating a better feedback chain, not just down the chain to the recipient but eventually backwards up to the donor as well. From an individual donor’s perspective, they don’t necessarily need to know every specific level detail, but that the funds were used for their intended purpose – that is what Disberse is all about”.

You can find Ben on Twitter or at Disberse. Ben will also be speaking at our upcoming event on Blockchain: The Future of Philanthropy on 15 June at the Sloane Club. For an invitation code, contact us: info@unblockedevents.com.

Previous “Blockchain technology represents an infrastructural change that will transform how some very large organisations work” – An interview with Micah Winkelspecht, Gem
Next “If charities dismiss, fail to engage with, or underestimate the pace of technological change that is happening…society will miss out on a lot of new opportunities to do good” – Rhodri Davies, Head of Giving Thought, CAF