Streaming music will never be the same thanks to hashgraph – Hearo.fm’s founders explain 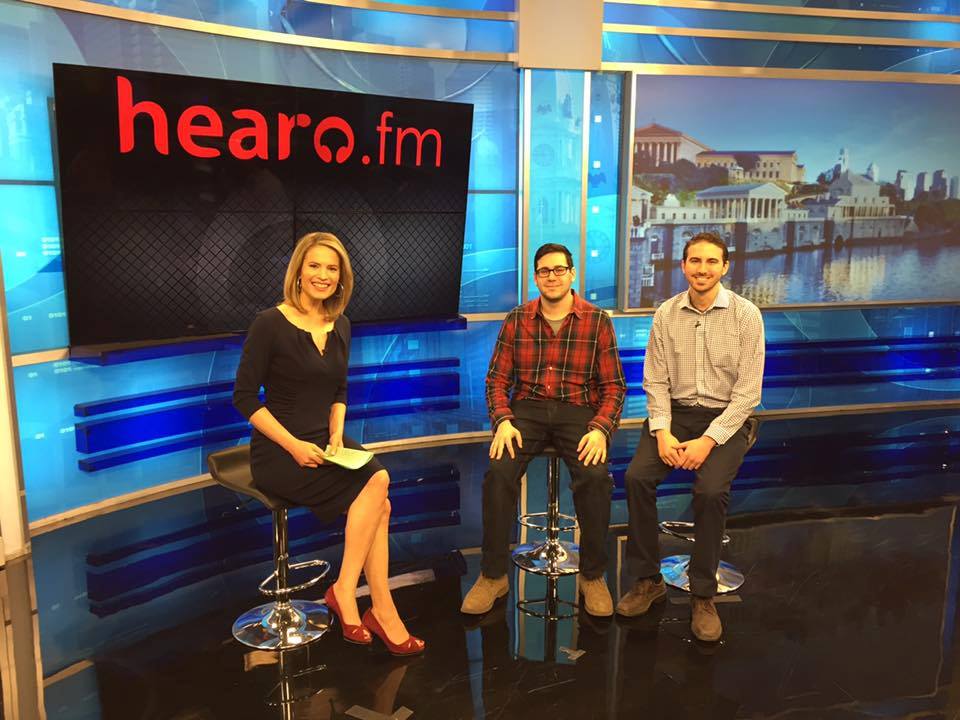 Andrew and Brian Antar are two brothers who together founded hearo.fm to help fans discover and stream music from independent artists around the world. With their presale underway and Initial Coin Offering (ICO) coming later in 2018, the brothers tell us how they plan to revolutionize the music industry and give control back to artists.

Tell us about Hearo.fm and how you got started

Hearo.fm is a social network and music streaming platform for independent artists. We have many hours of music from around the world that fans can stream for free. You can discover artists globally and support them by downloading tracks and giving tips. Our overall mission is to democratize access to music and give artists more of a level playing field.

We started Hearo.fm about eight years ago, when we were both in college. Brian was studying at the University of Pennsylvania (Penn), while Andrew was at Brown. We’d actually been working on two separate projects before we linked up. Brian was working on a music distribution platform for independent artists, allowing them to market directly to their fans, set prices and keep 90% of the revenue (which, if you know the music industry, is unheard of). Andrew was working on a musician-to-musician social network, allowing people to meet and jam together. It was actually our Dad who pointed out what now seems obvious – “You’re both creating these things, why not do it together?”

What problems do music artists face?

Where to start? Getting heard is hard, and when you do start to build fans, anemic payments from streaming platforms make it difficult to make any money. At the moment, Sony Records, Universal Music Group, and Warner Music essentially hold the keys to the whole industry. Everyone has to follow their terms and they’re able to take a big slice off the top. We created an industry first, non-exclusive hybrid stream and sell license that combines both the public performance rights and distribution sides of the industry.  We wanted to create a platform that could hand control and profits back to artists while still giving fans the great discovery experience that they’ve come to expect from platforms like Spotify.

What are your backgrounds?

We’re both classically trained violinists so we’ve always been around lots of musicians. We think this experience makes us able to build a platform that is better adapted to artists. Take the issues that MySpace Music ran into with counterfeit songs. People were uploading Katy Perry mp3 tracks and claiming them as their own. That made it impossible to track what was authentic, which created a terrible fan experience and ultimately led to its failure. As Brian was producing music himself, we knew that anyone who really owned these tracks would have the original master, a super large file that is lossless and uncompressed. In order to have confidence that someone does own the material they upload, we ask them to provide this original master file. We then compress it into usable streaming and download formats on our backend. We spent years building out this compression software and now it’s the core technology behind Hearo.fm.

How did you get started with blockchain and distributed ledger technologies (DLT)?

We’d both been into cryptocurrencies for a while. While we saw the appeal for the music industry and discussed methods of accepting crypto and having a credit system, using the available technology posed serious challenges. Take Bitcoin, it has huge issues; it can’t handle high transaction volume, can cost a huge amount in fees and the energy consumption is a nightmare. It wasn’t until we came across hashgraph – a distributed ledger alternative to blockchain which uses a different data structure – that we found something that fit our needs. The Hedera Hashgraph platform can handle literally hundreds of thousands of transactions per second with virtually no fees, allowing us to use our own token within our own app while still preserving fairness and security. We met with founder Leemon Baird at their recent launch event in NYC and have since been working on our launch for later this year.

What’s the value of DLT for musicians?

The biggest change that DLT is going to bring the music industry will be around micropayments. Currently micropayments are very difficult to manage with our current payment networks like Visa and MasterCard who take a large fee for processing. Often, intermediaries are necessary to account for and manage these payments owed to rights holders. Artists are left with very close to nothing after everyone from labels to publishing companies to streaming and distribution platforms take their cut along the way.

This can all be addressed using a token. Cryptocurrencies were developed to facilitate peer-to-peer value transfer, and Hashgraph enables high speed micropayments with bank grade security. This emerging DLT technology will enable us to create a fully featured music streaming platform with decentralized micropayments between artists and fans.

How will DLT fit into Hearo.fm’s journey?

We’re completely ripping out all the fiat features from our platform – all of the credit card processing, all the bank transfer features. Instead we’re going to be introducing a fully tokenized economy that incentivizes the behaviors that benefit the ecosystem. For example, if an artist wants to market their music to more people, they could pay out tokens in return for someone streaming their songs. Fans can then use the tokens they earn to spend on streaming music from other artists. Since we’re cutting out the middlemen entirely by going direct-to-fan, for just few dollars a month fans will have confidence that their money is going directly to supporting the artists they love, with no unfair slices being taken off the top.

So what’s happening now for Hearo.fm?

We’re currently running a presale and will be launching an ICO in Q4 in tandem with the Hedera Hashgraph platform launch. It’s a whole team effort at the moment to get things ready. We want to be the first to market with a fully tokenized music platform with borderless micropayments. We know we’re climbing a mountain when it comes to shifting power from the incumbents, but we do have a head-start – we have over 5,000 artists with masters on the platform which is more than Universal.We also have great advisors and investors; Andy Hertzfeld, of the original Apple Macintosh development team, was our first angel investor, and Aniello Callari, former ad exec for Saatchi and Saatchi, has been our largest investor to date.

If you could sum up what DLT means to you in one word, what would it be?

Fairness – with decentralization, services can become much more democratized. In the music industry, there are just a few organizations that have enormous influence over who or what you listen to. We want to change that completely. We want fans to discover new artists from anywhere in the world and make sure those people get paid what they deserve.

Find out more about Hearo.fm. Interested in learning more? We explored the benefits of blockchain to the creative industries – including the music industry – at ‘Creatives: Unblocked’ on 29 June in London.

Watch the video of hearo.fm’s presentation in our Start Up Showcase.

Previous What is an airdrop? Morten Christensen, Airdrop Alert CEO, spills the beans
Next Building the browser of a new decentralised economy – Micah Winkelspecht, Founder of Gem