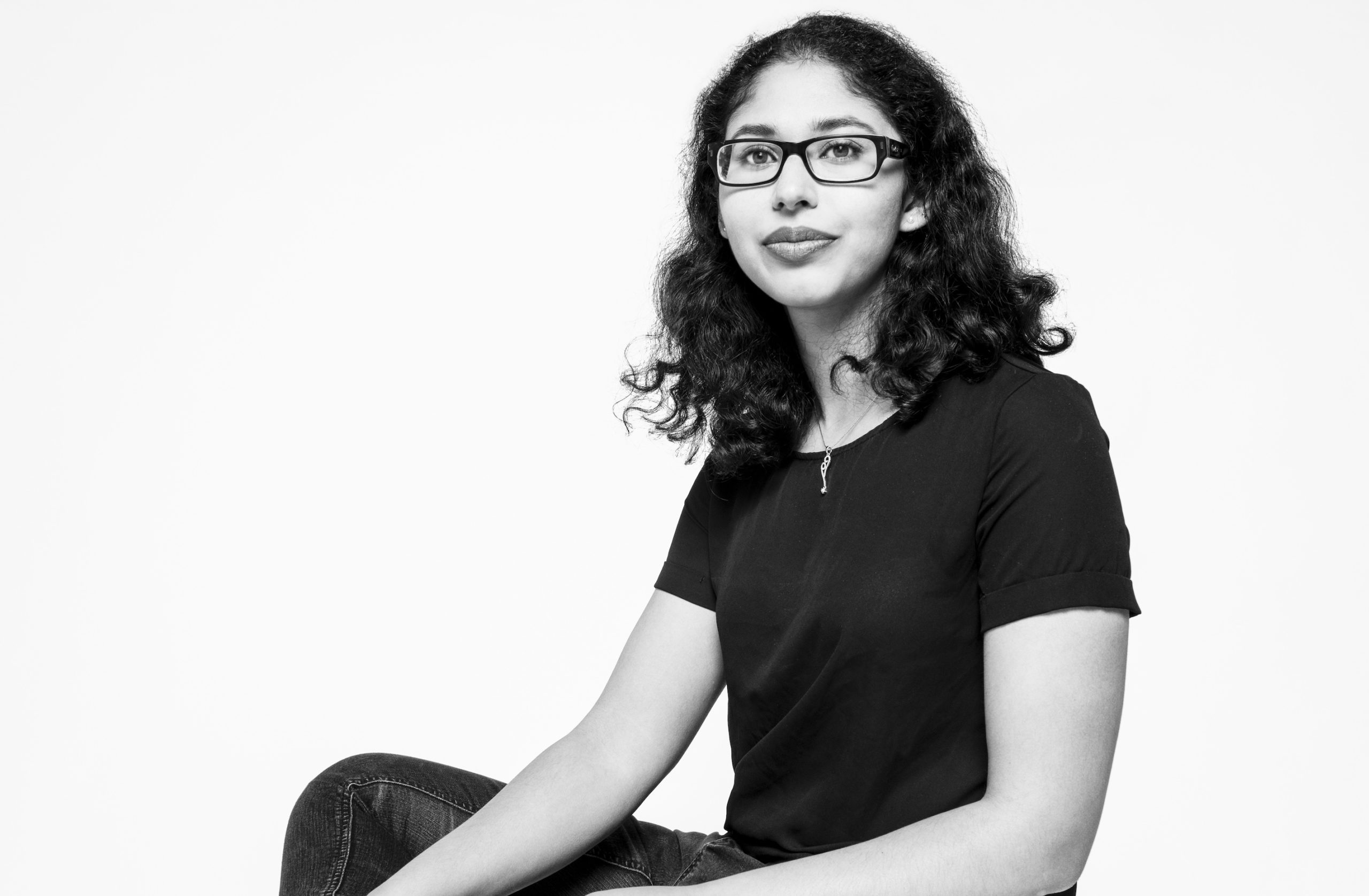 Hi Deepa – Thanks for joining us on Chain Reaction this week to discuss the decentralised web, women in blockchain and your work as an engineer at AIRSWAP:

Why did you first get interested in cryptocurrencies and blockchain technology?

My first exposure to cryptocurrencies was sometime in 2012 when a few of my coworkers were investing in Bitcoin, and I knew of a local coffee shop that let you buy coffee with Bitcoin. The idea of an alternative currency that was not tied to governments or existing financial institutions was a fascinating concept to me. Fast forward to 2015, I learned about “smart contracts” and began researching it along with blockchain technology. Smart contracts mean that systems can be built without having to trust a singular body. Now, everyday, I’m continuously more interested in what is going on in this field and the number of applications people are exploring to use the technology.

If you had to explain it to a total newcomer, what is the most exciting thing about Blockchain and distributed ledger technology? How is it going to change the world?

Blockchain technology and decentralization have limitless possibilities. Almost every person on earth can be positively impacted by Blockchain and distributed ledger technology. Blockchain has the potential to reduce bureaucratic bloat and allow information to be tracked by interested parties securely. Smart contracts allow for new governance models that can now surpass physical boundaries where they couldn’t before. We’ve only scratched the surface of the opportunities on how this technology will affect us as individuals and the world.

Recently, a manifesto from a (now former) Googler has been circling the internet, what is your opinion on how these narratives affect female participation in tech and overall diversity?

Honestly, because of the open outrage and swift actions of Google, I don’t think that this particular narrative will negatively affect women’s participation in tech and diversity in general. I hope anyone exposed to this narrative also sees the general negative response. I’m grateful that we live in a society that this manifesto is not acceptable or even considered remotely true. That doesn’t stop me from being worried though. What gets me worried is when similar conversations and ideas are talked about in smaller circles. When these are the only ideas that get promoted, this leads to an extremely biased environment and people feeling limited due to their gender or race.

I’m concerned that people have decided to be more comfortable about expressing such alarming viewpoints. Deeming a gender less suitable for a software engineering position due to biological differences is antiquated and outright wrong. I’m also worried about the people who agree with the narrative’s depiction of engineering. Engineers cooperate daily and building a product for humans requires empathy. The manifesto was chilling not just because of the ideas expressed but because of where it came from and who it came from. While Google distanced themselves immediately from this individual, it’s alarming that a senior engineer at a prestigious tech company, and someone who many of us would consider a highly intelligent person, is carrying out and sharing these outdated views.

Do you see more evidence that women are being attracted to work in this space and, if so, why do you think that’s changing?

I personally do not see strong evidence that there are more women working in this space. However, I have met women who are interested in the space and these women have begun evaluating opportunities using blockchain. Each has her own reasons which tends to differ but as more and more people speak about the technology and possibilities, the number will grow. I would encourage anyone interested in this technology to get involved because right now everyone is still learning and there is a lot of opportunity to grow and develop with the community. I have found the community to be welcoming. With that said, I do see women holding important roles in Blockchain which makes me happy and proud and I encourage others to at least educate themselves on Blockchain and watch the space.

What are you building at AIRSWAP and how is it going to change the marketplace?

With AIRSWAP, we are building a platform that will be integral to growing the Ethereum ecosystem. As there are more and more Ethereum based tokens added, having a peer-to-peer trade platform will help the growth of the Ethereum. We are building a platform that allows interested parties to find each other, privately negotiate a trade, and then finally execute a trade on the Ethereum blockchain. AIRSWAP will serve the needs of the community and provide a great user experience.

Can Blockchain technology live up to the hype or will progress get bogged down by scaling and security concerns or regulatory hurdles?

As blockchain technology becomes more integrated with society and as more token offerings occur, there will be more conversations regarding scalability, security, and regulation. At this point, some solutions have been proposed to address scalability, such as state channels and changing the consensus protocol. Blockchain is still a very new technology and so it is difficult to predict a direct path for integration of blockchain technology and all of the opportunities that may come with it. In Japan, South Korea, and UK, legislation has already been discussed on how to treat cryptocurrencies which, to me, shows a willingness to work with cryptocurrencies instead of trying to stifle the growth and innovation.

Why is a decentralised peer-to-peer trading platform useful compared to existing order books or platforms?

Order books that exist in traditional financial settings can efficiently facilitate trades at a fair price. However, just putting an order book onto a blockchain is not the correct solution to allow people to trade different tokens. Using a peer-to-peer trading platforms addresses certain disadvantages in the current model such as scaling and fairness. Our protocol allows for discovery of peers as well as enable fair pricing to allow for a decentralized trading platform.

What’s next for you and the AIRSWAP team?

At the beginning of August we announced AIRSWAP and the AIRSWAP membership token, “AIR”, that gives you a seat to join the peer-to-peer token trading ecosystem. With this ecosystem, you’ll get the ability to find parties to trade with and get fair prices. AIRSWAP will implement the Swap protocol, a decentralized peer-to-peer protocol for exchanging ERC20 tokens on the Ethereum blockchain. AIR will be sold exclusively through the platform starting on October 10. A percentage of AIR tokens have been reserved for Swap Beta program participants.

You can learn more about AIRSWAP: airswap.io or follow them at @AirSwapio.

Building the browser of a new decentralised economy – Micah Winkelspecht, Founder of Gem

Streaming music will never be the same thanks to hashgraph – Hearo.fm’s founders explain

Can Blockchain save the Media? Christine Mohan of Civil explains