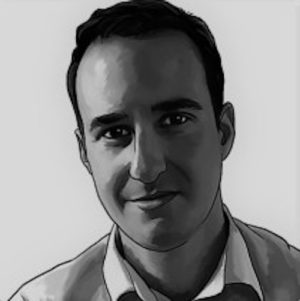 François Sonnet is Blockchain Advisor to the SolarCoin Foundation and Co-founder of ElectriCChain. He is an expert in Renewable Energy Business Development, having co-founded Belgium’s N°1 award-winning solar installer – SunSwitch SA.

What does Blockchain and distributed ledger technology have to do with the environment? How is it going to change the world?

First of all, it is important to remind people that the Bitcoin blockchain and the process known as proof-of-work (POW) and mining, which is how bitcoin and some other cryptocurrencies are created, is quite disruptive for the environment as it implies greater use of energy to create bitcoin. This could end up being either a good or a bad thing, if renewable energy is used. For example, there is a lot of hydropower in Quebec and this can be harnessed for the purpose of mining cryptocurrencies built on POW but in other places the impact of bitcoin server farms using vast amounts of electricity could be much more damaging.

The SolarCoin blockchain uses proof-of-stake (a different type of consensus mechanism named POSt) and is 10,000 times more efficient than the Bitcoin blockchain. It only uses a simple application running in the background of your desktop. And on top of that it also proves an incentive to use solar energy, so instead of using up energy, SolarCoin provides for the exact opposite: incentivising clean solar power generation.

What was it that first attracted you to work in this field?

I have been working in the solar industry for 12 years. I started out originally on the “hardware” side developing solar installations for residential customers and installing them on rooftops and I witnessed first-hand the crash when government subsidies were removed. I got interested in blockchain when I first read about bitcoin. Initially I was reluctant to get on board because of the energy consumption aspect of proof-of-work mining. As I was working on emerging markets solar installations, I met someone interested in bitcoin who told me about SolarCoin and I believe that’s the way I got in contact with the SolarCoin Foundation. Many others are now starting to wake up to it too.

What are the types of new innovations you are trying to build?

ElectriCChain is informing people in the industry about solutions in Blockchain Energy for the industry like peer-to-peer energy trading, microgrids and solar coin as an incentive. ElectriCChain helps affiliates to join the program and we do consulting on the technical side – for example, explaining microgrids solutions. The ledger (blockchain) allows us to keep track of billing for so-called ‘prosumers’ – consumers who both consume and also produce and sell energy to the grid. The big utility model is not easy to replicate in developing countries so blockchain technology may provide the opportunity to develop energy markets in a different way, working from the ground up.

Can Blockchain technology live up to the hype and is there any real value being added to the energy markets right now?

The progress of adopting Blockchain technology is very sector dependent. If we look at the energy sector, despite all the talk of peer-to-peer (P2P) energy trading, not a single company has yet been able to implement this at scale. SunContract, who attended the recent SolarPower 2018 Summit in Brussels, will be one of the first to launch. Microgrids may be quicker to deliver. The reason for the delay is not really technical but more about the regulatory environment and the state of the marketplace. Regulators are not ready for the implications and the marketplace is not yet ready either – a lot more education work still needs to be done.

Which use cases or types of blockchain projects do you think will be the early market leaders? Start-ups or consortia/enterprise blockchains?

I agree with your previous interview where JoJo Hubbard of Electron was supportive of the consortium approach. I think the nature of the industry means that this type of solution is more likely to succeed, certainly when it comes to more complex implementations like P2P trading and microgrids. However, there are solutions like SolarCoin, which are simpler to grasp, relatively speaking and where we can easily sign up either large companies or SMEs or even individuals. This way we get a variety of users being incentivised to use and promote renewables – such as a large company like ACWA Power, where you have one user with a big volume, but also lots of individual users with very small volumes like in Belgium where our system is very popular but each user only generates a small amount of power.

How does the introduction of blockchain fit into the wider trends and shifts going on in the energy sector?

The time is absolutely ripe for blockchain in 2018. This is the pivotal year for climate action. Things really have to get done if we want to stay below the 2 degree Celsius level set out in the Paris climate agreement. We will need a lot of renewable energy and we will need it fast. One estimate I heard at SolarPowerSummit says that we will need to invest $470m a day for the next 20 years! It’s the right time for Blockchain and the right time to act on climate change. In a very competitive pricing market, blockchain provides an edge by increasing margins and something like SolarCoin becomes a ‘no brainer’.

What is your predicted landscape for Blockchain/DLT in the energy sector in the near future?

Progress will be a function of regulation and acceptance. The proliferation of Initial Coin Offerings and scammy projects makes it harder to gain credence and legitimacy for genuine businesses and innovators in the space. In my view the sooner there is clear regulation the better, as this will help genuine projects to move faster and be trusted.

Francois’s colleague, Steven Campbell of ElectriCChain, will also be speaking next week (27/3/18) at Energy Unblocked at techUK in London.