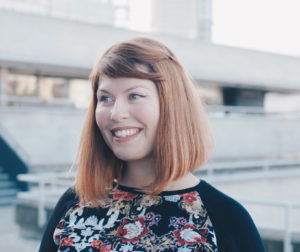 What’s Big Couch all about?

Big Couch is a FinTech startup in the entertainment industry, establishing a new finance model of “crewfunding”. Crews reduce their daily rates between 20-40% and agree in legally binding contracts to receive profit shares and deferred payment. We enable producers to save up to 20% of their budget, bring the break-even point forward, and make the package attractive to investors. We make the process efficient and transparent for everyone involved.

The support for crewfunding has been amazing. We are incredibly proud of projects we’ve worked on: “Tell it to the Bees” was financed by the BFI and Creative Scotland and is this year’s GREAT 8 at the Cannes Film Festival, “The Deposit” was financed by Icelandic Film Centre, and “Eyes and Prize” is exec produced by Golden Globe winner Gareth Wiley, to name just a few.

What made you want to start Big Couch?

Irina Albita and I founded Big Couch four years ago. Irina and I have known each other since we were five years old and we are a perfect blend of personalities and skills. I’ve spent 10 years in the film industry; her background is in computer science, business and finance. Initially, my experience in producing prompted us to create better ways to match jobs with the right film crews. We built an active community of over 2,000 vetted and experienced film crews and an even wider outreach network through global partnerships. When thinking about alternative finance models that producers could use, we drew inspiration from the tech world, where employees are regularly incentivised through option pools. That is how our focus on crewfunding came about.

Tell us about your new product, FilmChain.

FilmChain is a groundbreaking platform that collects revenues for films of all sizes from everywhere in the world: TV channels, cinemas, online platforms, DVDs. The platform then allocates the money to the people who were involved in the film, such as financiers, equity investors, producers, actors, crew, etc. We leverage blockchain technology to give parties full transparency over their revenues and instant access to their funds. This provides assurance that everyone receives the right payment. It is an unbiased, efficient platform that aligns everyone’s interests.

Why is revenue collection and allocation such a big problem in the film industry?

Through Big Couch, we see this process in action and it’s extremely disappointing. Film stakeholders have little to no visibility over their accounts and no clear overview of their rights management. In the case of lower budget films – films under £1 million – the production company cannot afford third-parties who govern revenue distribution and audit income streams. Producers hire freelance accountants or end up doing the accountancy themselves. All of this increases friction and cost, reducing the film’s revenue and delaying royalty payments by months or even years. An automated system for revenue distribution like FilmChain is critically needed.

What first got you excited about blockchain?

We acquainted ourselves with blockchain technology back in 2016 when one of our advisors came back from a ConsenSys conference in the US. They were raving about the wave of innovations blockchain was producing across so many different industries. Once we dived in and understood the technical side, we knew it was the technology we were waiting for.

What’s the value of blockchain technology for film producers?

FilmChain is developing on the Ethereum Blockchain using smart contracts. We leverage this feature to autonomously manage the collection and allocation of revenues – you can get paid for a project instantly, safely, transparently and for lower fees. That’s revolutionary in this sector.

Who are you working with?

We are really glad we are not alone on this journey. We are developing FilmChain with support from leading academics and blockchain experts from Imperial College London and their students. In particular, we’re working closely with two departments: the Centre for Cryptocurrency Research and Engineering and the Business School. They liked the project because it’s a solution that can be implemented now, not in three years time, so they were really keen to get involved. We are also very thrilled to have received funding from Innovate UK and London & Partners.

What can we expect to see from FilmChain over the next year?

FilmChain is opening its doors this summer to digital video content and film projects looking to test out the blockchain collection service. We are in a fantastic position to be developing a product that is highly expected by the market. We have signed up several projects looking to run collection and allocation on the blockchain. On top of that, we are highlighting meta data with real-time reporting and analysis of the revenue streams for the current projects.Further down the line, we’redeveloping exciting new features focussed on marketing. We want to incentivise the community to promote their favourite content and will be introducing some disruptive ownership ideas later in the year. If you don’t want to miss updates, make sure you sign-up to hear our news.

If you could sum up what blockchain means to you in one word, what would it be? Why?

Transparency. When data is transparent and easily accessible, it allows filmmakers to know exactly where their money is and enables them to adjust their business model in real time. For us this is game-changing.

Find out more about FilmChain by following the Big Couch team on Twitter. Interested in learning more? We we will be exploring the benefits of blockchain to the creative industries – including the film industry – at ‘Creatives: Unblocked’ on 29 June in London. Get your tickets today.

“Blockchain technology represents an infrastructural change that will transform how some very large organisations work” – An interview with Micah Winkelspecht, Gem