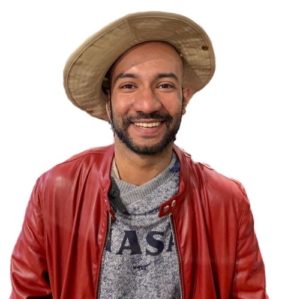 Ankur Banerjee is the Lead Blockchain & Digital Identity Solution Architect for Accenture UK. He has worked in the frontlines of what Accenture does in Emerging Technology, across a range of AI and blockchain projects as part of its innovation studio to deliver fundamentally new and distinguished experiences. He is also the Disruptive Technology Lead for Fintech Innovation Lab, a startup accelerator for mentoring new companies.

What first got you interested in blockchain and distributed ledger technology?

My first exposure to the idea behind what blockchain was came through early tech coverage of Bitcoin circa 2012 when the idea of cryptocurrencies itself was in infancy. I still remember the excitement of coming across “Bitcoin ATMs” where I could covert cash to this strange new virtual money and trade it with other strangers. It remained largely an interesting thought experiment for me until the first programmable blockchain smart contracts became possible due to the Ethereum platform (distinct from Ether, the cryptocurrency) as I could the actually imagine a world of new ways to build distributed systems. For what it’s worth, distributed systems have existed for ages, even outside of computers – think of our forms of representative democracy or the postal system – as well as modern ones such as email or Internet. I like attending hackathons and picking up hobby coding projects.

How has Accenture’s approach to using the technology in healthcare evolved as time has gone on?

Early obvious uses of programmable blockchain technology in healthcare looked at supply chain, where there are opportunities still for improving efficiencies across multiple organisations. It still remains a prominent use case and seeing increasingly more mature pilots and production uses in industries outside of healthcare, mostly ones where there are valuable commodities traded in addition to tracking physical assets. What’s changed in the past 2-3 years is the emergence of specialised decentralised identity platforms, making a whole raft of digital identity use cases possible when they previously weren’t on general-purpose blockchain platforms.

What do you see as the most promising use cases for blockchain in healthcare in the UK at present?

Consent management from patients on how, where, and what their data is used for in the healthcare sector without increasing the administrative overhead for healthcare staff is one of the most key things that this technology can change for frontline medical staff. Although a fair amount of information in the healthcare system is digitised, the cognitive overload of parsing all of that information from many sources (is it from an app? My GP? My insurer?) means the default fallback position often is to just ask the patient to restate everything over and over again. Nothing can replace the doctors and nurses and medical staff who work incredibly hard in keeping us all healthy, but if we can make their lives simpler while giving patients greater assurance of how their information is used I think that is a worthwhile goal.

How difficult has it been to convince policymakers and others in the public sector of the benefits of blockchain? Is it best to avoid using the word ‘blockchain’ to avoid certain prejudices or assumptions that go along with it?

“Blockchain” as a term certainly does get equated to cryptocurrency in the minds of policymakers, but I don’t think it’s fair to blame them for the confusion caused by opening with a technology-first discussion. For instance, most users couldn’t care less what software programming language a streaming site or a social media service or even their GP record system is written in: what they do care about is whether it’s easy to use and whether it makes their life simpler. Similarly, I think the tech industry needs to get better at articulating tangible figures and benefits of any technology solution, and also looking holistically at how a new technology can help improve and redesign services.

You are interested in the intersection of cybersecurity, data privacy and blockchain – where do you see blockchain bringing a step change in keeping our data secure?

Let’s take a few simple examples: my GP surgery (as do many others) exchanges medical information, appointments, and prescriptions with me over email. I really do appreciate that over the alternative of having to phone someone. But have you ever seen your bank email statements in PDF? The financial industry realised early that while there is benefit in digitising services, they also wanted to increase the security of how that information is exchanged through apps and two-factor authentication. Except…in the case of banks or credit cards, I’m often dealing directly one-to-one with a single organisation. Healthcare has the challenge that it needs to digitise, it needs to make it secure (to the same or better level than financial institutions), and there are multiple organisations involved (GP surgery, pharmacies, specialist consultants). That’s where I see systems built on blockchain can help to address that trifecta of requirements while making more modern, safe systems.

In healthcare, it seems like the ‘killer app’ for blockchain is more efficient use of different types of data, be it clinical trials data, compliance for medical professionals’ credentials or patient’s personal data storage and management – do you agree?

To an extent: what you’ve just described is different kinds of data, but not what’s being done with it. Blockchain right now is a bit like the early days of the Web in the 90s: a lot of digitisation of different kinds of data, but we have so much further to go in what new experiences and services can be built on top. The parallel I like drawing here is with how Open Banking and Fintech initially started off with unlocking access to data, and over the past few years that’s resulted in new and innovative services like on-demand insurance, loyalty programmes, microloans, savings bots that automatically determine how much to save etc. Those would have been hard to imagine and build without having secure and consent-managed access to underlying financial data.

What’s intriguing you most about the blockchain healthcare marketplace now? What new projects are you exploring?

To continue my point above, what excites me most is what comes after the healthcare industry can unlock access to data – and that ultimately won’t just be blockchain but a combination of many other technologies combined holistically to build new services.

Ankur will also be speaking at our upcoming event Healthcare Unblocked 2019 on 8 Nov in London. Get tickets here.

How will Blockchain change the way we care for our families? An interview with Pradeep Goel, CEO, Solve.Care