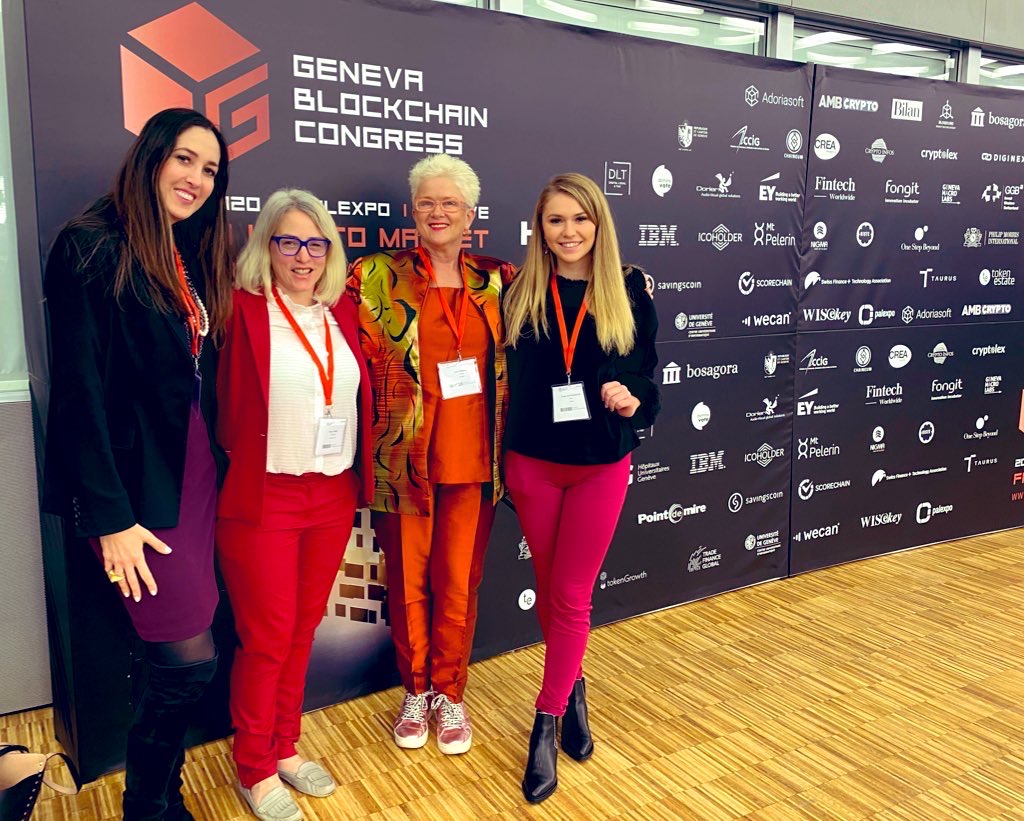 This week, Unblocked CEO Helen Disney visited and spoke at 2 events in Geneva where some 1000 delegates gathered for the 2nd Geneva Blockchain Congress held at the impressively large Palexpo conference centre. Overlooked by snowy mountains and buffeted by ‘la Bise’ (a very cold wind) it could almost have felt like crypto winter was back again. Except that the atmosphere in the room was much more upbeat than the blockchain community may have seen for quite some time.

Is blockchain entering the ‘plateau of productivity?
Opening the event, Swiss politician Pierre Maudet spoke about his goal of making Geneva a blockchain-friendly hub and said he believes the difficult ‘trough of disillusionment’ phase is over and that 2020 will see blockchain entering the ‘plateau of productivity’. In his keynote later in the morning, Blockchain Revolution author Don Tapscott also argued that rumours of blockchain’s death have been greatly exaggerated. As well as the world’s major companies like Facebook and vast economies like China taking blockchain very seriously, his think tank, the Blockchain Research Institute is currently looking at 110 real world projects using blockchain in areas ranging from supply chain, through to telecoms, identity, manufacturing, government and healthcare. “People who say this is not happening are deeply uninformed”, he said. 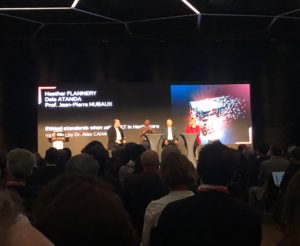 Where is blockchain useful in healthcare?
Sessions in the health track – and at a second satellite event held the following day at the Centre d’Innovation (HUG) – covered important topics facing society today. Discussions ranged over the ethics of data sharing, the potential return on investment of investing in blockchain for healthcare, humanitarian blockchain (a key topic in the same week that the World Economic Forum is taking place just few hours’ train ride away in #Davos) and the vision for a decentralised Web 3.0 healthcare world. A range of start-ups with real-world projects also took part outlining applications in wearables, clinical care, creating a marketplace for healthcare IPRs, supply chain solutions for pharmaceuticals and citizen-centred consent management. 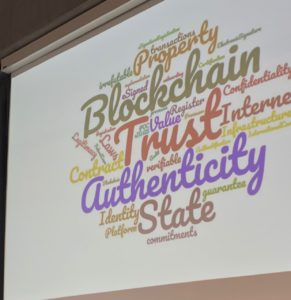 What are the next steps?
Most participants agreed that blockchain is a vehicle to get us from A to B not something to be evangelised for its own sake. Myths and misunderstandings still need to be deconstructed in order to reconstruct the narrative around blockchain and distributed ledger technologies so we can drive real organisational change. A distributed trust environment is a new tool to help us achieve important social goals including, importantly, a new way to manage healthcare data and ensure confidentiality of our most sensitive personal information. In the future, where data may be more akin to labour, this will become ever more vital to ensuring equality and protection of human rights.

In his closing remarks, Don Tapscott called on the audience to come together as a community – much like a murmuration of starlings where each individual moving alone contributes to the common goal. It seems like a beautiful vision with which to start a new decade of blockchain exploration.

Previous Blockchain for healthcare: Ankur Banerjee, Accenture
Next Why is blockchain like a hoover?