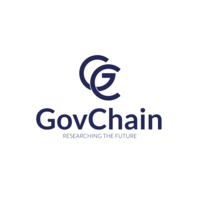 This might seem like an unfair question as, of course, delivering healthcare or welfare services, is in many ways, a lot harder and more complex than being an online retailer. And yet, while attending the launch of our GovChain Research project in the Isle of Man recently, we got into a very interesting discussion about how blockchain (or, more likely, distributed ledger technology) could bring us closer to that sort of goal.

In the hype and jargon-filled world of blockchain, false promises often rain down faster than Manx cats or dogs. Before entering this world, however, I worked in public policy think tanks for around 15 years and spent much of my time studying the evidence behind reform ideas intended to modernise welfare systems and make them more consumer friendly. Naturally, the idea that we might be able to do this with technology and save a host of ‘dead tree’ reports and wordy seminars in European capitals seemed like an attractive idea.

So, are we any closer to the Amazon dream espoused by Estonian policymakers? The statement I’m referring to was quoted by Steve Billinghurst, Regulatory Lead at the Isle of Man Blockchain Office, who gave a great talk at the event at the Hubb Douglas on what the future may hold for the island and elsewhere when it comes to digital transformation.

The discussion at the Hubb centred on explaining, first of all, what GovChain Research has done. I opened by explaining how the project came about as a result of a need to be able to find good quality, trusted resources about public sector implementation of blockchain and DLT all in one place. This is a research need that was identified by all the companies who took part in the first year of the project: Unblocked, Thasa Consulting, Blockpass and Qadre. The latter two have good links to the Isle of Man, with Qadre having offices there as well as in London. Qadre’s chairperson, Laura Bailey commented: “Having lived and worked in the Isle of Man over the last few years, it is clear the potential for adoption here is huge. DLT is perfectly aligned with the governments objectives and would catapult Isle of Man onto the global map. I am looking forward to when public services are more seamless, and hopefully that will be sooner rather than later here on the island”.

As well as gathering information in an easy-to-find hub, our other goal was to find a way to compare ‘apples with apples’ so that an observer could look at different jurisdictions at a glance and see how they are doing, based on a simple traffic light system. As our lead researcher, Victor Chatenay explained in his overview slides, we ranked 20 countries as green, amber or red according to how ‘blockchain-friendly’ they were, using a series of metrics and then drew some conclusions and recommendations for policymakers.

We also looked not just at nation states but also at jurisdictions or policymaking bodies such as the EU and Financial Action Task Force (FATF) that are creating policy and regulatory frameworks for blockchain and digital assets. And we interviewed policymakers and innovators around the world who have actually been attempting to implement real-world use cases and pilots to gather lessons from their challenges and their success stories.

How is the Isle of Man doing on blockchain in the public sector?

Our panel of experts then took to the stage to debate what had happened since the research was first launched at Blockchain Live in London in Autumn 2019. Notable updates included FATF’s introduction of the travel rule, new measures from Brussels and a bullish shift in China’s approach to blockchain and crypto-assets which could make their ‘sceptic’ status outdated by the time the 2nd edition of our research is published in 2020.

Of particular interest was the discussion of how the legal framework for blockchain and DLT adoption fits into the wider mapping of the policy and regulatory environment. Nick Williamson, CEO of Qadre, suggested that perhaps the law becomes whatever draws the law’s attention. Report co-founder, Lavan Thasarasakumar commented: “There have been some positive developments across the globe since our initial launch and one in particular has been the European Commission consultation on crypto assets. It has been a long time coming but following the advice from ESMA and the EBA on the suitability of existing legislation, it looks as though Europe will implement a bespoke regime for applications that fall out of scope. It is a significant step for bringing certainty into the Blockchain sector as President von der Leyen puts this technology at the heart of the Digital Single Market agenda”.

Participants at the sold-out event entered enthusiastically into the Q&A session with questions covering the reasoning behind which countries we chose to map, whether public sector implementation was more likely to come from public blockchains or, in reality, would a permissioned DLT/enterprise layer be best, and to what extent the role of government was compatible with a decentralised architecture.

If the enthusiasm and level of education in the room were anything to go by, prospects for the acceleration of blockchain in the Isle of Man look promising. The will is there for an expansion of DLT activity into new use cases and areas of exploration. Perhaps by Autumn 2020, Isle of Man’s blockchain status will be as green as its stunning countryside? Maybe government services as efficient as Amazon book sales will take a little longer.

Helen Disney is Co-Founder of GovChain and CEO of Unblocked.

You can keep up to date with GovChain’s latest research updates, press coverage and forthcoming event info at www.govchain.world, sign up to our newsletters or contact the GovChain team about research partnerships at info@govchain.world.

govtech
Previous Why is blockchain like a hoover?
Next Are you ready for the Blockchain Hurricane? Kate Baucherel Interview