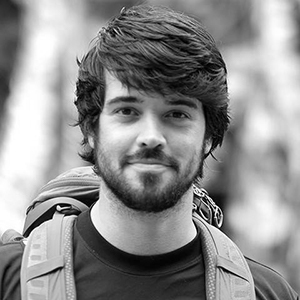 Hi Don – Thanks for joining us to talk about tokenization, peer-to-peer decentralised trading and, of course, the current talk of the town, Initial Coin Offerings and token sales.

But first, tell us, how did you end up getting interested in cryptocurrencies and blockchain technology?

I had admired the disruptive force of bitcoin and blockchain for some time, but had been working in other areas in consumer web technology. The opportunity to explore in earnest hadn’t really presented itself. With the development of Ethereum, like many others, I began to visualize a broader class of applications and businesses built on blockchain technology. This crystallized with the notion that ad hoc tokens could capture and quantify real value, and that they were becoming standardized and tradable.

If you had to explain it to a total newcomer, what is the most exciting thing about Blockchain and distributed ledger technology?  How is it going to change the world?

Online trust is expensive. Blockchain removes it from the equation, such that we can operate online much like we do offline: peer-to-peer and without third parties. If you go down to the farmers market and pay someone a dollar for an apple, you don’t need a third person standing there to validate your transaction. Now the same thing happens online, and the cost of that trust is gone.

What was it that attracted you to leave your former industry to work in this field?

What particularly attracted me was tokenization. Imagine an analogy that the Internet is to information as blockchain is to value. The Internet of things – the idea that everything is interconnected – then also has an analogue: value throughout our lives will be quantified and tokenized. Holding different tokens can give you a democratic vote, access to special features or services, currency within a virtual economy, or something totally new. Many of these tokens are standardized and tradable, so there was a specific opportunity to think about how that’s going to work for the crypto community today, and for everyday consumers tomorrow.

For me, blockchain has become an industry similar to what I’ve historically worked in, building consumer and developer applications. Blockchain is ready for product people, and product people can likewise come in and visualize applications of the technology, so the timing is right.

What are the types of innovations you are trying to build with Swap?

We’ve introduced a couple of important components that will facilitate peer-to-peer trading. One is to be able to find tokens and other peers, so that you can subsequently make trades. We call this an Indexer, which will be baked into products as a matchmaker or marketplace.

Second is to be able to set and check the prices of trades. Not everyone will know what a good price is for a given pair of tokens, so we smooth over the friction by introducing what we call an Oracle, which will be baked into products as price suggestions.

We have some more things in the pipeline that we’ll talk about soon.

How are applications built on the Ethereum Blockchain changing financial services more broadly?

As blockchain, by design, makes intermediaries redundant, many financial services will be forced to innovate with similar technology to be able to continue providing value. Ethereum developers are gunning for many existing industries and incumbents, so the pressure is on.

Can Blockchain technology live up to the hype or will progress get bogged down by scaling and security concerns or regulatory hurdles?

We’ve reached significant hype, something like “blockchain for everything” similar to “a website for everything” in the late nineties. This will shake out and cool down and develop in a more sane way over time. Technology problems like scaling and security will be solved as they usually are. There are still question marks in the regulatory environment, as blockchain is a challenging technology to address for regulators since it’s decentralized by design.

How is the current craze for Initial Coin Offerings changing the marketplace for trading digital tokens?

Why is a decentralised peer-to-peer trading platform useful compared to existing order books or platforms?

Order books work really well when all aspects are centralized. In a decentralized context like blockchain, they lose that power due to scalability and frontrunning concerns. Order books are powerful but designed for a different world.

Peer-to-peer is both a structural and philosophical fit for blockchain. Our protocol provides discovery and pricing assistance to enable smooth trading, which means you’ll be able to find the tokens you want and trade directly, peer-to-peer.

What is your predicted landscape for Blockchain in 5 years time? How will things look for the startups of today as well as for the incumbents who may be challenged by this new wave of innovation?

Incumbents will adopt as much as they can, but blockchain alternatives will obviate many of them. On the other side, 90% of blockchain startups today will have failed, as in any other industry. For those that survive, many will have figured out the best way to tokenize their revenue models. By then, nearly every corner of the economy will have experimented with blockchain, some with success and others not.

Blockchain itself will be a technology that’s layered into our everyday lives much like the Internet. It’s certainly not going anywhere, but will be largely invisible. A second generation of applications, that really suit the technology and take it to new heights, will have been developed and have an even wider impact. Maybe we could call that Blockchain 2.0.

Don will be speaking at ‘Blockchain and the new Global Community’ on 3 August from 2-5pm (EST) in New York. For tickets, sign up here.

You can find Don on Twitter or to find out more about Swap.