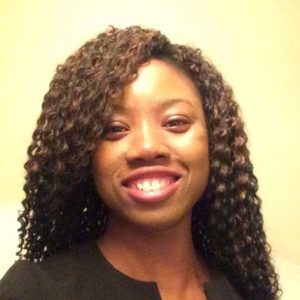 Christiana Imafidon, who has been described by The Guardian as ‘truly exceptional,’ passed GCSE Maths at the age of nine. She went on to write a book to help her friends struggling with Maths called ‘Maths Manual’, which sold out on Amazon. She personally gave a copy of the book to Twitter CEO Jack Dorsey and has been advised by Eventbrite Co-Founder Kevin Hartz to create apps and games on the back of its success. This led her to work in the Educational Technology Division of Android-Micro Chip Maker, Texas Instruments. At 11, Christiana became the youngest student in history to attend a British university after she was given a government scholarship to study at undergraduate level.  At 14 she was invited to start Computer Science at Queen Mary, University of London. At 16 she received multiple offers to study for a Master’s degree from leading Universities and also won a scholarship to study at Imperial College, London. She later became a Chorister at Hertford College, Oxford.

Christiana has worked at HSBC, Citibank and as a result was subsequently invited to the London Stock Exchange. She has received Parliamentary awards for attainment in Mathematics, mentoring the socially disadvantaged. As a result of her work as a mentor to socially disadvantaged students, she has been nominated for an award to meet Her Majesty The Queen. This nomination also stemmed from her work within an inner-city community project, where she volunteered at the Excellence in Education Programme, supporting inner-city students in London with Mathematics. Most recently she founded the EMPOWERed To Work! event series and has been listed as One of MIT Technology Review’s Blockchain Believers.

Great question! I had the pleasure of answering that question at the STEAMCo Festival I spoke at recently. I had fun explaining how blockchain (within the concept of cryptocurrency) has circumvented traditional banking and our entire financial system.

I break it down to simple enough terms at a level they can understand…so I start off with explaining that Blockchain is an electronic secure cabinet or even start with Bitcoin since that seems to be so popular these days then talk about how Blockchain is the technology behind Bitcoin. Every time you buy and sell Bitcoin the record of the transaction is stored on the blockchain, otherwise known as the electronic ledger of Bitcoin.

So in short, I talk about WHAT it can do and the benefits of having it, then that will get people interested in HOW it works. It is not easy, but it is possible.

What was it that attracted you into helping people use and understand Blockchain?

The widespread ignorance around Blockchain and Bitcoin. The two are interchangeable to the untrained eye.

Do you think young people – especially young women – are still put off by technical careers and, if so, how can we change this?

Yes, most definitely! I think there is beginning to be an attitude but what still holds them back is a mixture of inertia, i.e. not giving themselves enough time to make a big enough mark on tech. Women are still in the minority, it is not mainstream enough and it takes a long time to get to the top. Progress has been made but there is still a lot of work to be done having more men support initiatives to get women into technical careers.

You recently launched your new event series EMPOWERed To Work! – can you tell us a bit about the events and what has been achieved so far?

Our last keynote speaker has been invited to do a keynote at a major international conference in Europe. People who came to the first event came to the next one and the people who attend go from strength to strength. One woman who came was shy at first and through the event she has been able to grow in confidence. By the next event she was able to ask questions in front of the audience with relative ease. That is a great measure of success for us.

What’s next for the event series?

The next event will be about bouncing back from adversity and hard times in your job. What’s the best approach? How do you learn from it and what you can do next time.

What are the new roles you think will open up in the world of work that could be life-changing for the next generation?

Dell reported that 85% of jobs available in 2030 have not been created yet and that shows you the speed of change. Roles around people specifically (similar to Chief People Officer) and behaviours i.e. behavioural analytics, behavioural biometrics, but also tech roles in AI, Blockchain, Distributed Ledger Technologies (DLT), Internet of Things (IoT) and other new and emerging technologies are definitely the new roles that will open up in the world of work in the future. Being aware and well-versed in those disciplines places you in good stead in the future.

The value of people and people skills in technology is often underestimated. Despite technological advances, technology is still controlled and programmed by people who come in all shapes, colours, sizes, backgrounds and personalities. If you are in management, leadership or senior roles you want to put yourself in a position to bring out the best in everyone and you may not do that the same way for every person in your team.

What are your Blockchain goals or aspirations for the year?

What is your predicted landscape for Blockchain in 2019? What are the key themes you see emerging?

Blockchain Education, Post-Trade Settlements in Finance, Data Management, Know-Your-Customer (KYC) processes for business and in Banking, Anti-Money Laundering (AML) Checks as well as Customer Due Diligence (CDD), storing and updating regulation as in general Regulatory Technology (RegTech) – which I realise is a long list but there will be a lot of change concerning Blockchain this year because there are more tangible use cases that demonstrate what it can actually do. It represents the value it provides companies as well as the man on the street.

You can find out more about the EMPOWERed To Work! event series here or follow Christiana on Twitter.

Previous How will blockchain change the way we manage our families’ healthcare needs?
Next Natalie Furness, Co-Founder, Women in Technology Revolution